I have a secret. Despite my love of water polo and swimming, nothing gets my sporting attention as much as watching boxing. The moments before the opening bell of any title fight my palms are sweating and I am quick to silence anyone in the room who speaks.  That’s probably why I like the opening swim-off so much – it’s a tense one-on-one battle!

The commitment to physical training from Floyd Mayweather, Marvelous Marvin Hagler and Bernard Hopkins are legendary and to be admired. But, what about their mental commitment?

Early this past summer, I read the autobiography of a boxing trainer named Teddy Atlas. He trained a young Mike Tyson and many other boxing notables including former heavyweight champion, Michael Moorer. Atlas is known as a great motivator, one who knows that being successful requires mental preparation.

Along with all the great stories of his career and his relationship with his father, Atlas has a message. I shared that message with our 16U and 19U boys last week –

“A fighter has to learn the difference between the truth and a lie. The lie is thinking that submission is an acceptable option. The truth is that if you gave up, afterward you’ll realize that any of those punches that you thought you couldn’t deal with, or those rough moments you didn’t think you could make it through, were just moments. Enduring them is not nearly as tough as having to deal with the next day and the next month and the next year, knowing that you quit…It’s a trainer’s job to make a fighter understand that difference, that the parts of a fight that are urgent only last seconds, seconds during which you have to stave off the convenient excuse – “I’m too tired” or “I hurt too much” or “I can’t do this” or simply “I am not going to deal with this.” Sometimes it just comes down to not floating – just being there and understanding that if you give in, you’ll hurt more tomorrow.”

Atlas’ words had an impact on me. There was one notable moment this summer when Head Coach Rodrigo and I were doing our open-water swim with two of our senior players and a fellow swimmer from my masters swim club. We were around two and a half kilometres into our swim and about 1 kilometre away from our target — Aylmer Island. It was our goal to reach Aylmer Island by the end of the summer. Now, it was early August. We still had time, but we all knew that the open water swim season was approaching the end (at least for those of us not committed to wearing a wetsuit).

We all stopped and looked at each other. Would we reach Aylmer Island? We were already tired. And, we all knew that we had to swim back the same distance. Some of those convenient excuses that Atlas talks about were beginning to surface – “It’s getting late”,  “It’s still a long way off” and “I am kind of tired.”  But, we all jumped over that mental hurdle. We put our collective heads down and swam.

And we were rewarded.

We were rewarded with not only a beautiful view looking up the mighty Ottawa River, we were rewarded with a sense of accomplishment and never having to live through the regret of not making our goal by submitting to excuses. It was an accomplishment that I will not soon forget and one that Rodrigo and I got to share with our players. And to top it all off, we swam back to our starting point in record time! 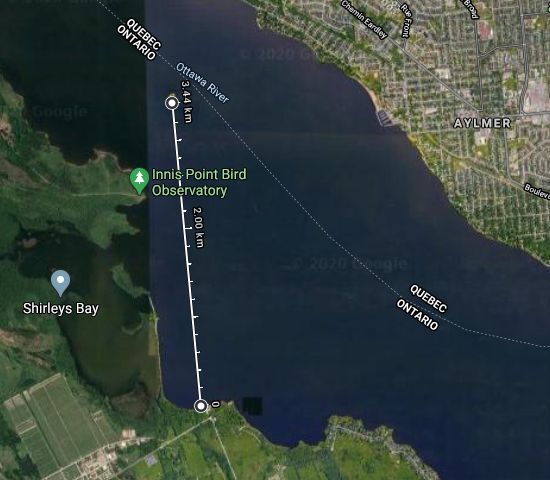 If only we could swim in a straight line!

Coach Rodrigo and I talked about how we could now put that mentality into practice and into something tangible for our athletes.

We then created a spreadsheet where each athlete writes down a 2 minute exercise that they will do 5 to 10 times a day on top of all the training that they already do. The exercise will be triggered by an event, such as changing floors in their house or every time they turn on a games console. The real exercise here is not the physical one, but the mental one. Being able to turn off that inner voice that does not want to do that exercise, that just wants you to give in and submit, is the greater exercise.

Thank you, Mr. Atlas. The Capital Wave coaches and players will benefit from your guidance.